The Grateful Dead had a love for certain venues and settings. For a band that played so long and performed countless shows and at places like the Great Pyramids of Egypt, they had a particular fondness for Ohio. “Legend Valley”, as it was known before the switch to “Buckeye Lake Music Center”, has been the place to be to host all manner of events with all sorts of camping legends of the music industry. This venue’s address actually reads Thornville, Ohio. Buckeye Lake, Legend Valley, and Thornville are all the same venue.

In the end, as much as it’s been said, “There are some who know about the Dead from their most popular songs on the radio, but there was nothing like a Grateful Dead concert.” A live performance truly encapsulated the band-like album recording ever could. The band stopped performing as The Grateful Dead in 1995 with the passing of icon Jerry Garcia but continues to perform under the name Dead & Company with John Mayer on guitar or as the fans affectionately refer to him, ‘Johnny’. Three of the core four band members still play with the band: Bob (Bobby) Weir, Bill (Billy) Kreutzmann, and Mickey Hart. The band added Johnny around 2016 along with several other members including Oteil Burbridge on bass, Jeff Chimenti on keyboards, and occasional fill-in Jay Lane on drums.

When did the Grateful Dead play Legend Valley Ohio Last?

The Dead played in Ohio 49 times from 1968 to 1994. Their first was at Veterans Memorial and the last was Legend Valley which is fitting for such a legendary group. That was the only time our crew was upfront dealing with the rain as the band’s appropriate humor was in top form. They opened with The Beatles, “Rain”, and they were right. But we didn’t mind. The venue was rather like our own mini “Woodstock” festival in a beautiful woodland setting.

In the shows that we attended there were roughly 60,000 fans on the skirts of Buckeye Lake. A Large number were also camping and hanging out on “Shakedown St.”  It was always a magical experience to just be there especially seeing the Dead in Legend Valley. It was almost always a problem-free zone.

I say almost because of one other organization that seemed to have loved the place more than the band and the Heads.  That would be local Law Enforcement. Ohio at the time still was a bit of a trip back-in-time when it came to the attitude of The Sheriff’s department and the Ohio State Patrol. I saw it as the 1960s all over again with “the Damn Long Hairs”.

It was like running the gauntlet on the road to Thornville. Once you entered the grounds then you had passed the first challenge. The secondary was getting into the concert area from the parking area. You had a couple of ticket takers and three Police officers per line looking at you hard and intently.

A bit like “Fear and Loathing in Las Vegas”, the ether, and the two-dollar turnstile.

After you were injected, inspected, detected, infected, neglected, and selected, the 27 8×10 glossy color photographs with circles and arrows and a paragraph on the back of each one, you could have a sigh of relief. Once you got inside, it was pure joy. You could move freely and breathe even amongst the 60,000 Heads.

I was at four of the five shows and most aspects of those experiences were a blast. Even when we met adversity we turned it into fun. At one point the venue and security had decided that there would be no more crossing from Parking lot 1 to 2. This meant we would have had a very long, strange trip back around to the gate. Their reasons were to control the trade and sale of illicit items. This was the start of a 10-year mandatory minimum prison sentence for L.S.D. and of course, no one there would ever have any of that vile stuff, nudge nudge wink say no more.

We chose the fact that there were thousands of us against only six security guards in the wooded area.  So we began the movement but were being threatened by the six guys. It became, “Talk to the Hand”, as 20 odd Dead Heads circled the six and locked arms rendering them useless as the rest of us marched through freely. To extra effect, a few thousand of us were calling out “MOOOO” as our the herd moved through.

Legend Valley evolved from a grassroots entity in the early ’70s but by the late ’70s, it became the place to be. In the ’80s and ’90s, the Valley hosted premiere names in music. Often being the only place large enough to hold an activity or a music festival.

For perspective, I attended my second Metallica show there during the “Black Album” tour. Years before, friends of mine went to Motley Crue’s “Shout at the Devil” tour. If you dig through YouTube you will find different amazing things documented from the 1970s up to recent events. The Valley’s full story can be found here: https://legendvalleymusic.com/history/

I wanted to pull all this material together in one place to hopefully share the memories. You may have been there. We Deadheads have a million stories to share and The Grateful Dead had as many songs to sing for bringing us those memories.

I’ve embraced the shows of Dead and Company now three times as well and they are a bundle of fun. They bring to pavilions and arenas their own magic. It takes me back to Jerry and I miss that gift in time tremendously.

Indescribably special and it transcends ownership and name change. It will always be “Legend Valley Ohio” to me and many others.

P.S. If anyone locates more documentation from 1988 let me know I would love to include it. Phil’s, “Box of Rain”, is superb regardless. 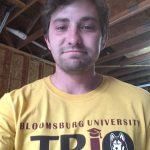